assembly of the feudal baronage

Assembly of the Feudal Baronage
Ltd by Guarantee (SC648469)

The Much Hon. Baron of X

The Baronial Trust is a charity exclusive to members of the Baronage. It works closely with The Assembly of the Scottish Baronage, with a special focus on preserving historical sites and funding historical research.

The Earl of Somewhere

The Earl of Elsewhere

The Baron of Something

The Baroness of Things

The Treaty of Perth, signed 2 July 1266, ended military conflict between Magnus VI of Norway and Alexander III of Scotland over possession of the Hebrides and the Isle of Man. The Barons of all Argyll and the Foreigners’ Isles became eligible to attend the Scottish Parliament.

The Lyon King of Arms Act 1672 Chapter 47, sets the rank and status of Scottish Barons, even if fiefless, to the equivalent of heads of Continental baronial houses.

The Register of Sasines was set up

A General Register of Sasines was set up by Statute in 1617 giving the prescriptive right to the caput or essence of a barony.

The Lyon King of Arms Act 1672 Chapter 47, sets the rank and status of Scottish Barons, even if fiefless, to the equivalent of heads of Continental baronial houses.

End of the Charters of Confirmation

The last year a Charter of Confirmation was issued for a Scottish Barony.

Up until 1874, each new baron was confirmed in his barony by the Crown by Charter of Confirmation. Today new barons are confirmed by inclusion on the Baronial Registry and the Roll, and barons are granted baronial additaments by the Lord Lyon.

End of the feudal tenure

In 2004 the Abolition of Feudal Tenure etc. (Scotland) Act 2000 came into full force and effect, putting an end to Scotland's feudal system. Under Scots law, a Scottish Barony is now an "incorporeal feudal heritage", not attached to the land. A barony listed on the Roll of the Baronage of Scotland can no longer be sold or transferred except to corporal heirs.

The Installation Dinner to celebrate the installation of the new Chairman and Vice Chairman is the preeminent formal dining event of the Assembl's year. This year it will be held in the magnificent Drapers' Hall. A sumptuous dinner will be served, preceded by a sparkling reception.

For the highlight of the year, the Annual banquet will again be held in the magnificent medieval surroundings of Guildhall, watched over by Gog and Magog. Members and their guests will be welcomed by the President before enjoying a sparkling reception in the Old Library and, after formal announcemen, a sumptuous four-course dinner accompanied by excellent wines

Burns Night Supper with traditional piper and haggis. If you would be prepared to propose a toast or perhaps recite a Burns poem, please contact the Secretary.

Culzean Castle is a castle overlooking the Firth of Clyde, near Maybole, Carrick, on the Ayrshire coast of Scotland. It is the former home of the Marquess of Ailsa, the chief of Clan Kennedy. 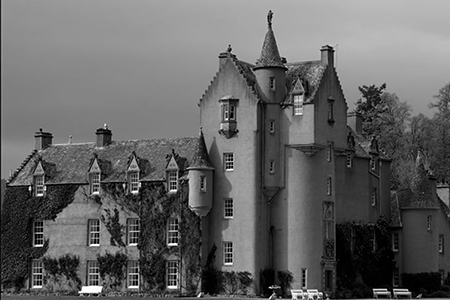 Ballindalloch Castle, known as the "pearl of the north", is a Scottish castle located in Banffshire, Scotland. It has been the family home of Macpherson-Grants since 1546. 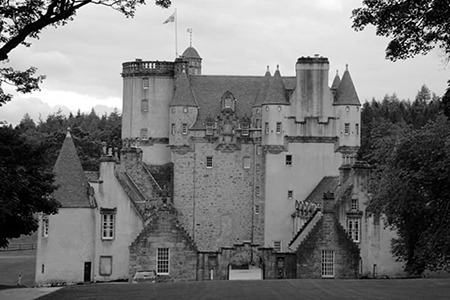 Originally known as Muchall-in-Mar, construction of Castle Frasier was begun in 1575 by the 6th Laird of Fraser, Michael Fraser. 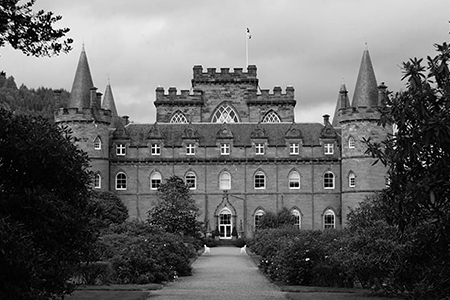 Inveraray Castle is a country house near Inveraray in the county of Argyll. It has been the seat of the Dukes of Argyll, chiefs of Clan Campbell, since the 18th century.

Registered members may use our Member login to access the closed member area.

Assembly of the Feudal Baronage
Ltd by Guarantee (SC648469)

The Much Hon. Baron of X

Assembly of the feudal Baronage